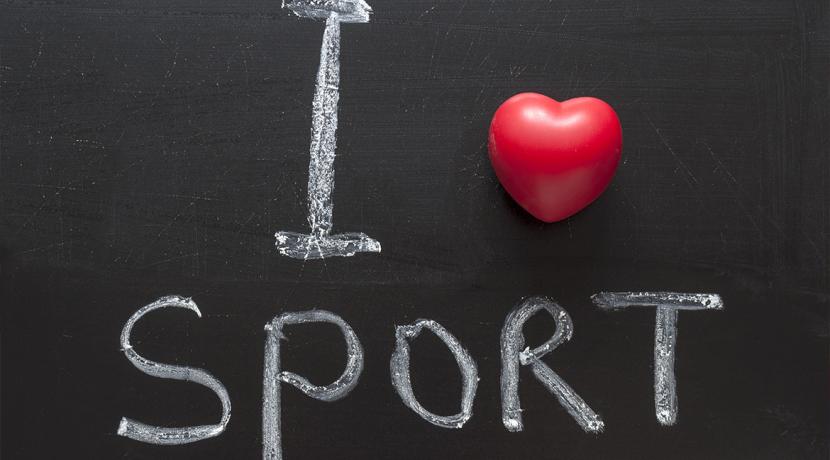 The young lady who once described herself trying to play on clay as a “cow in ice” skated—okay, lurched and bulled—her way to the 100th clay-court win of her career as she set out to defend her Stuttgart title for the second year in a row.

In this first-round match, sixth-seeded Maria Sharapova defeated world No. 26 Lucie Safarova, 7-6 (5), 6-7 (5), 7-6 (2). This was one of the most entertaining if not necessarily artistic WTA matches of the year, with the two women at each others’ throats for three hours and 23 minutes.

This started off as a match of high quality and ended in something like farce. There wasn’t a single service break in the first set, and each woman had but one, measly look at a break point. The hitting was fast and furious, right into and through the tiebreaker, in which Safarova survived a handful of break points until she finally drove a cross-court forehand out to give Sharapova the early edge.

That first set lasted an hour, but despite the frown on her face, Safarova played an excellent game to open the second set with a hold. Sharapova was not impervious to a letdown, despite—or was it because of?—her triumph in the first set, and Safarova punched through to jump to a 2-0 lead.

Safarova came up with a strong hold from 30-all in the next game to consolidate the break, but Sharapova found her groove again for a critical hold to 1-3. One of the outstanding features of the match was conspicuous by then: Sharapova was serving better than she has all year, launching nearly 70 percent of her first serves into play.

Of course, that detail, combined with the close score, also tells you much about Safarova’s determination and skill. She was no slouch in the serving department, either. Her conversion rate was nearly as good, but her lefty serve might have been doing even more damage. Safarova mixed up her serves beautifully, scoring some critical points down the center stripe when Sharapova was expecting the bender in the ad court. When Safarova did go with the signature, wide lefty slice, Sharapova mostly speared it back cross-court—leaving the down-the-line forehand open for the Czech, who took full advantage of the tactic.

But Safarova’s game began to decline. First, she made three unforced errors to put the set back on serve at 3-2. She wandered into more thickets in each of her next two service games. But Sharapova wasted three break points over her next two return games, after which neither woman could do much with the other’s serve, ushering in the second tiebreaker of the day.

Sharapova earned a mini-break on the first point, then the two took turns holding serve until Safarova reeled off four straight points to reach set point at 6-4. Sharapova saved the first of those thanks to her opponent’s forehand error, but Safarova converted the second when, after a brief rally, the Russian jerked a cross-court forehand wide and beyond the baseline. One set all, one tiebreaker all.

Unfortunately, the length of the match (two hours and nine minutes long by the start of the third set) would soon tell. After an exchange of holds to start the decider, Sharapova found herself facing two break points. She hit a stone-cold winner to dismiss one, but she survived the second thanks to a ghastly, anxiety-borne forehand error by Safarova. Distracted, Safarova then shanked a forehand and Sharapova produced an ace to go up 2-1.

It was Safarova’s turn to face an identical danger in the next game. Sharapova mangled her first break chance with a terrible smash beyond the baseline, but then needed to do nothing more as Safarova delivered the break on the platter of a double fault. The wheels were falling off Safarova’s game. On top 3-1, Sharapova held and broke again for 5-1.

But the drama wasn’t over. Far from it. Safarova broke for 2-5, held the next game, and got her teeth into Sharapova’s next service game as well. Improbably, she faced down a match point and broke Sharapova for 4-5, with serve to come.

By then, it seemed entirely appropriate that Safarova fight off a few more match points—something she did when she served to stay in it. Earlier, Safarova had been plagued by nerves; now they afflicted Sharapova. She made two terrible errors on those match points, and the miscues lingered in her consciousness after Safarova held for 5-5 and then broke Sharapova yet again. Incredibly, Safarova found herself serving for the match.

Yet this once tight and bright match had degenerated into a a festival of unforced errors and poor nerves. So it was only natural that after making two terrific serves to go ahead 30-love, Safarova choked away four straight points—two of them with double faults—to send the match into one last tiebreaker.

Having fought all the way back from 1-5 only to collapse so close to the finish line took the last bit of starch out of Safarova. She lost the second point of the final-set tiebreaker thanks to a wild forehand error, after which Sharapova tightened down the screws to win it going away.